Not All Fixed Wireless are Created Equal 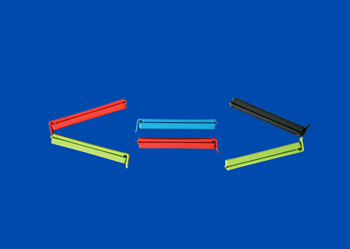 George Orwell put forth the allegorical truth in his pivotal work that “All animals are equal; but some animals are more equal than others.” That controversial premise can often be applied to many other circumstances. This includes the realm of Fixed Wireless Internet and Networking.

Getting to Know Fixed Wireless

“A fixed wireless connection delivers broadband from the backbone of the Internet by using base stations to transfer a radio frequency from site to site.” MHO provides all you need for reliable, clear, and efficient communications.

But… Not All Fixed Wireless is the Same

While Fixed Wireless is basically a radio communications system that connects users, not all wireless is the same. MPLS core, FCC licensing, point to point vs. multipoint to point, SLAs, and more can offer different types and levels of service. Choosing a provider must take into account your requirements as a company. Here are some specifics about what makes fixed wireless solutions different from each other.

Multi-protocol label switching (MPLS) creates highly efficient routes for transferring different types of data. In MPLS, when a packet of data first enters a network, it is assigned to a “Forwarding Equivalence Class” (FEC) and given a label. Each router in the network routes the data packet according to this FEC label. This allows voice or video traffic to be routed faster, along channels with lower latency. MPLS can, therefore, offer faster scalability, higher performance, higher bandwidth, less network congestion, and a better end-user experience.

FCC Licensing guarantees that your fixed wireless microwave radios operate clearly on your own unique frequency. No competing with other nearby operators or services for bandwidth and security. Unlicensed radio is restricted and suffers from greatly reduced performance. Imagine trying to have a conversation in a crowded room. Your FCC-licensed channel from MHO provides guaranteed clarity and security.

A point-to-point (PTP) wireless configuration connects only two locations, one with a transmitter and the other with a receiver. There are no other connections to or from this wireless radio link; therefore, low latency and reliability are key benefits.

Different service providers offer a wide range of Service Level Agreements to customers. Generally, business-level service has better guarantees than private, home services. But, you should always read through the SLAs carefully to see exactly what is and is not provided. Key points that warrant your attention include:

A representative from MHO can explain more about these and other considerations when you call to schedule a consultation about Fixed Wireless Internet and Networking Solutions for your business. Call 877 WANT-MHO today to ask about the best fixed wireless options that meet your current and future needs.