Is the Internet a commodity? 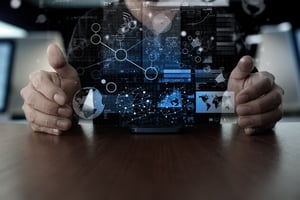 Is the Internet a commodity or a basic human right? In early 2015, in his State of the Union Address, President Obama stated, “I intend to protect a free and open Internet, extend its reach to every classroom, and every community, and help folks build the fastest network.”

Because the President referred to both access and speed, this confusing statement has been used by proponents of both camps as ammunition for their arguments. If Internet is a basic human right, like water, it should be provided to everyone, everywhere, freely if necessary. That is the “access” side.

And yet, if it is a commodity, a basic good produced and offered to others, producers or providers should rightly be able to profit from their offerings. This is the “speed” or “quality” side.

While internet access is something that should remain a focus across the globe, and while it's an ideal to lower the prices of high quality internet, these are two very different arguments and focuses.

What is a Commodity?

Investopedia defines a commodity as, “a basic good used in commerce that is interchangeable with other commodities of the same type.” They further refine that definition by adding, “Commodities are most often used as inputs in the production of other goods or services. The quality of a given commodity may differ slightly, but it is essentially uniform across producers.”

Some examples of common commodities are oil, beef, grain, even foreign currencies. Due to modern technological advances, even cellular phone usage minutes and bandwidth have been considered commodities.

An article on Forbes sums up the business-related sides of the argument. “The real root of the issue is a philosophical question about whether the Internet should be treated like a commodity or a utility. Utilities, while still run by private companies, are heavily regulated and their services are doled out evenly to all customers. Commodities are subject to regulatory pressures, but their pricing and availability is governed more by the powers of supply and demand than by federal authorities.”

Under current conditions, Internet service providers are governed under Title I of The Communications Act of 1934, which labels them with an “information services” classification. Under this label, Internet service companies enjoy a much lighter regulatory burden, and are therefore able to exert more control over speed and price of access to the Internet. This means Internet is treated as a commodity.

Due to the Investopedia refinements concerning commodities quoted above, Internet meets the qualifications of a commodity. First, it is an input, or basic element, in the production of many goods and services. Consider the industries that rely heavily or almost exclusively on access to the Internet:

Second, Internet is essentially uniform across those who provide it. Regardless of your ISP, you are connected to the same Internet as I, and as others who read this article. Your conditions and costs for access may differ, but we meet across the same globally available communications platform.

It’s true that there are many inexpensive Internet access options available; but, these come with few guarantees and little support. Those who view the Internet as a commodity like any other and demand less expensive fees fail to see how funding drives innovation and enables great service. The old adage, “You get what you pay for” surely applies here.

According to Digital Trends, 60% of the world population has no access to the Internet. In hard numbers, that’s about 7.2 billion people. In the developing countries, only about 1 in 10 people have Internet access, generally the wealthy; and, interestingly, more men than women. In addition, some countries seriously curtail the access allowed to their citizens.

In 2016, the United Nations issued resolution A/HRC/32/L.20, later solidified by a formal declaration entitled, “The promotion, protection and enjoyment of human rights on the Internet.” The resolution indicates support for "applying a comprehensive human rights-based approach when providing and expanding access to the Internet and for the Internet to be open, accessible, and nurtured".

The resolution was opposed by many countries, although the United States, Great Britain, and Canada were signatories. Openly democratic and free nations find it difficult to restrict free access to something so useful as the Internet, even while promoting a free enterprise system that profits from it.

Why Can’t the Internet Be Both?

There are those who argue, “Why can’t we all just get along?” They propose the Internet is a commodity and a human right, and that it be treated as such, much as water services. In developed countries, water is available freely and for a price; location and other factors determine accessibility and costs.

For instance, in some areas, citizens can freely tap into a spring or nearby body of water for little or no cost for access to water. In other locations, cities in particular, water is provided to citizens by a utility service that is heavily regulated in order to make it affordable for everyone. In either case, everyone gets water.

Some argue that the Internet is already handled in the same way in many locales. Free access if provided where possible in order for everyone to enjoy at least some access. In other locations, paid access not only gets you onto the Internet highway, but at greater speeds. Those who can pay, get better, faster, more reliable access; those that cannot pay at least have some access.

The philanthropist in all of us would like to classify the Internet as a utility and pass it around to everyone equally. And yet, if we did, what would happen to the billions of dollars in private investment funding the innovation that created the Internet we enjoy? What if everyone paid the same for Internet access and all suffered with the same level of poor service that was able to be sustained? Could you imagine your business without reliable Internet access?

Heavy-handed interference and regulation kills innovation. Removing the incentives and adding hurdles only chases away the funding and creativity that makes the Internet worth having in the first place. And, driving down fees in the interests of saving money only hampers good service and eliminates better options for those who can afford it.

MHO is an Internet services provider offering high-speed data services. Contact us for more information about Internet solutions for your business.

Does TikTok and Social Media Kill Your Company's Network and Productivity?
Rise of Internet Outages Proves the Need for Multiple Internet Options
The Red Tape and Cost Increases of Fiber Installation
How to Work in IT Asynchronously