Come On, Come On...Latency and the User Experience 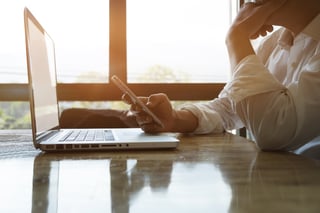 For anyone who's ever found themselves staring at a monitor, annoyed, while a page or a function tries to load, muttering blackly about system performance issues, you've just discovered first-hand why latency is a problem to be avoided as much as possible. Latency is not just a problem for gamers—though it is a problem for them too—and it's the kind of problem that can hurt a business in several directions.

Latency can mean different things depending on the overall context in which it's used, but latency is generally understood to mean the time in which a signal spends traveling between devices. The resulting time taken translates into a delay for the user. The lower a system's latency, the less a delay there is.

Why Should I Care About System Latency?

System latency represents several major problems not only for users, but for the system itself.

Negative user experience. No one likes waiting for things, especially online, where the rules of “instant anything” have been established for decades. A wait of even a few seconds grates on the average user, and casts the entire operation in a negative light.

Network performance indication. Internal network latency, meanwhile, can also occur and slow down the network in an office or similar setting. That may mean a problem with the network that needs to be addressed to keep everyone working at the appropriate pace.

Reduced capability. A network with high latency isn't readily able to accommodate many kinds of services to the degree users would want. A videoconferencing session, for example, can be blurry, with artifacts in the video and potentially even issues in the audio playback.

Some industries need it. Not everyone has to be concerned with low latency, but for firms that require high-speed operations—particularly investment firms that do a lot of trading—those few milliseconds of latency can mean the difference between fortunes gained and lost.

A potential sign of hacking. If the network seems like it's lagging—a sign of high latency—and the issue can't be traced back to some kind of system problem, then it's possible the network may be under threat from outside intrusion.

How Do I Prevent Latency Issues in My Systems?

To keep latency at manageable levels, start by getting in touch with us at MHO. With a variety of available network types, metro ethernet, and last mile services available, among others, we can help keep your network running and make latency as minor a problem as it can be.