The Great Myth of the Backup Internet Connection 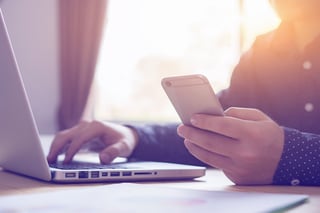 There's one discovery I seem to make repeatedly in the internet service industry, and that is that businesses are often misled when it comes to the redundancy of their networks.

Businesses with two internet service providers usually believe that one of those two services acts as a backup if the other goes down. They believe that when a network provider sells them backup, failover, or redundancy, that the connection or circuit is going to save them in the event of an outage. This belief is logical, especially after they have been promised such redundancy from the person who sold them the internet solutions.

But, what I find a majority of the time, is that the "last mile" of both internet connections are being provided by the same fiber provider, so, chances are, if one goes down, the other is probably going down with it. Additionally, the two connections run into the building via the same conduit, which is another single point of failure, so the customer is left with a configuration that won't do what they hoped it would do. Worse, the customer has no consultative support from that internet provider, and is hung out to dry, or simply gamble and hope for the best.

This illusion of redundancy is delicately cast by the internet providers who promise constant uptime. As we help more businesses understand that true redundancy cannot be found in such a scenario, we find more folks who are shocked at the reality of their network connections. Often, they spoke only to a sales person, not an engineer who knows the ins and outs of the network.

That's where MHO can educate on the types of network connections available for real reliability and uptime. Truthfully, we would rather educate decision-makers on what network diversity looks like before that business experiences an outage. Being proactive about your network connection is the only way to ensure you do not fall victim to the classic carrier sale, and to get ahead of the problem before it becomes one for you.

So, if you are reading this with the hunch that you may have one of those falsely redundant connections -- or perhaps you simply don't know what your connection looks like -- it's time to find out. There is no point in waiting until it's too late. MHO is here to tell you the truth with the unbiased recommendation of an engineer. Take control of your connection, and talk to us today.

What is the Best Bandwidth Speed for My Business?
[Infographic] 2021 Internet Usage Trends: Medical Tech and Healthcare
The Holiday Season is Here - Ensuring Your Ecommerce Company has the Network it Needs
Buying Enterprise Internet Service Can Be Spooky