WAN Optimization in the SD-WAN Era: Should You Bother? Yes. 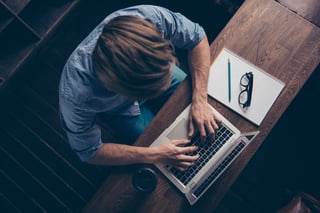 Software-defined wide area networking (SD-WAN) has fundamentally changed networking technology in a host of ways. It's changed so much, in fact, that some think WAN optimization itself is a dead art, lost forever against the greater efficiency of SD-WAN. That's not strictly true, but not too far off. There are still ways to optimize a WAN, thanks in large part to SD-WAN itself.

Why Is the Question of Optimizing WAN in an SD-WAN Era Ultimately Faulty?

Scott Adams, in his book “Dilbert and the Way of the Weasel,” once noted that he wanted to write a book about finance, but discovered that everything anyone needed to know about finance could be put on one page. He then summed up everything else about finance by saying that if it didn't appear on his one-page list, it was inherently worse than any option on that list.

Automatic limits from the start. WAN optimization can be a time- and resource-consuming project. Why immediately short-change it by not using the strongest tool in the toolbox right away? If you're in a position to start changing your network around, it's a great time to start using SD-WAN principles.

Some things only improve so far. There are some parts of network operation that cannot be improved at all from within an organization. Internet protocol, for example, still depends on an architecture built around packets. Some applications aren't as efficient as they could be. There's only so much improvement to make, which is why SD-WAN is a different kind of improvement, one less dependent on certain local optimums.

SD-WAN complements standard WAN. SD-WAN's focus is on traffic before it hits the WAN. Standard WAN optimization measures improve the overall WAN itself. Using the two together ends up making for a complete end-to-end improvement; SD-WAN at the endpoints, WAN optimization between the two.

How Can I Start Getting the Most Out of My SD-WAN Operations?

Get in touch with MHO Networks for the latest in WAN optimization for an SD-WAN era. MHO offers several different internet and Metro Ethernet systems to help deliver the kind of connectivity your business needs to get the most out of your newly-optimized network. SD-WAN is important, but it's not the end-all-be-all of WAN optimization. Trust MHO Networks to help make the network everything it can be.

Preparing Your IT Department for 2021
Telemedicine Network Requirements
Choosing the Right Network Provider for Reopening
Should Your Business Make Network Upgrades and Changes Before Reopening?