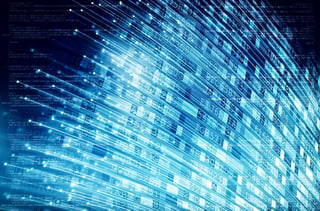 WAN operations are facing unprecedented demand thanks to a growing number of new technologies.

Mobile operations. With workforces becoming increasingly mobile, there's a demand on outside access to internal networks. That comes with a greater demand for security systems as well to make sure only those who should be accessing data are.

IoT operations. The Internet of Things (IoT) itself poses a massive new demand for bandwidth. The various smart devices that comprise IoT operations require a certain amount of bandwidth to send information back to a central hub, which is most of their reason for existing. Multiply this demand by the sheer amount of devices—from cameras to sensors to various communications platforms—and the new aggregate demand is enormous.

Internal operations. Even without major new technologies, the refinements of old technologies require bandwidth. Between cloud-based operations (anything as-a-service qualifies here) and communications tools like videoconferencing, we simply need more bandwidth in and out of the office.

How Can the WAN Improve to Meet These Demands?

How Can I Get the Best WAN in Place for My Business?

The best WAN starts with MHO Networks. With rapidly increasing demand in terms of latency, overall bandwidth, and speed, MHO can offer internet service that comes with a service level agreement (SLA) that ensures the system is up and running to match your business's demand. With speeds up to 4 Gbps, low latency, and effectively unlimited bandwidth, you'll have everything that's necessary to take on the modern environment. Get in touch with MHO Networks today to get your WAN ready for the coming onslaught of demand.

Does TikTok and Social Media Kill Your Company's Network and Productivity?
How to Work in IT Asynchronously
How Much Internet Bandwidth Do You Need in Your Industry?
What is the Best Bandwidth Speed for My Business?