Avoid Cyber Hacks Without Cutting Efficiencies Between Your Business Locations 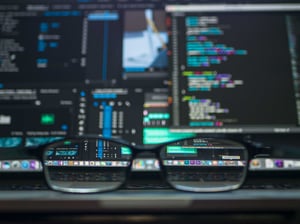 Organizations with many locations that must communicate with each other for their internal applications to run smoothly are vulnerable to cyber hacks. An MPLS network is the best way to manage this risk and avoid cyber attacks without losing the efficiencies of staying connected between multiple locations.

Multi-protocol label switching (MPLS) technology creates predetermined, exceptionally efficient data routes in your network in order to speed data along to its intended destination. When data enters your network, it’s assigned to a group, called a “forwarding equivalence class” (FEC). This is done by attaching a small code label to the data packet.

Every router in your MPLS network has a protocol for how to handle each FEC packet type. Once the packet with an FEC code enters the network, each router knows the fastest route on which to send it. Routers do not make the decision on where the packet goes next. That decision has been made and routes are already mapped out for each specific type of data.

With MPLS technology, packets of similar data are handled in the same fashion. Packets needing a higher priority, like voice or video in real time, are routed along low-latency paths through the network. This allows for greater speed with virtually no lag in streaming communications.

In short, a private pipe is created, through which the customer traffic can travel from one end to the other, and thereby avoid cyber attacks. MPLS also offers FRR capabilities that minimize downtime by reacting quickly to failures within the network.

How MPLS Can Avoid Cyber Attacks

In addition to more speed and less latency, MPLS can help your network avoid cyber attacks. Here’s how:

Without an MPLS, businesses must purchase software for every location to ensure privacy and protection of valuable data that needs to be shared between locations. MPLS allows a company to route their traffic and privately configure their network most efficiently from one central point of control. Simplicity is key, reducing the number of vulnerable points in your network.

With an MPLS network, employees can connect through extensions and software applications can be controlled from one location. This allows the IT team to manage the network quickly and more efficiently, while greatly increasing the security of sensitive data and communications.

MPLS is a private network operated and controlled by the customer. Many companies choose to use MPLS versus VPN because it is separate from the public internet. Because of this, MPLS is considered a secure transport mode that can avoid cyber attacks. This type of private network is important for companies who, for instance, are shifting inventory and do inventory tracking between locations.

MHO Metro Ethernet Services provides you with the fastest and most redundant private routes between your sites. It runs on our owned and operated fully-meshed Multi-protocol Label Switching (MPLS) core network, with multiple Internet gateways and peering agreements. Our carrier-class, point-to-point microwave technology extends your connection directly from the core of the network without a last-mile.

Call (877) WANT-MHO or contact us online to check availability in your area and get more information.