The Real Cost of Downtime 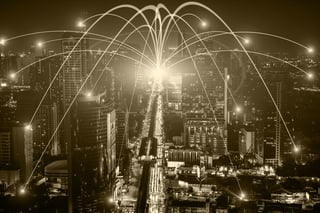 On the surface, it would be easy to think that system downtime really doesn't cost anything. No one ever gets a bill for downtime, after all. In some cases, when a service level agreement (SLA) has been violated, it can even prompt taking something off the bill.

However, downtime can have many costs that users don't consider. The real costs of downtime aren't always measured in dollars and cents, but many of them can have an on the bottom line all the same.

A familiar concept to economists--though not always so familiar everywhere else--is cost. Opportunity costs are costs incurred by not pursuing an opportunity, either by inaction or deliberate choice. When a business doesn't pursue a million-dollar line of business because of perceived lack of potential, the opportunity cost is that million dollars. If a company holds cash, for one reason or another, without placing it in an interest-bearing vehicle, the lost interest is an opportunity cost.

Downtime creates huge opportunity costs. When employees can't work thanks to a down network or application or anything else that experiences downtime, that business's employees are incurring cost. Not only can the employees not produce, which means that potential gain is lost, but the employees must still be paid, which turns into cost as well.

Another less quantifiable but still important cost of downtime is reputation. It's well known that more people will tell others about bad service than about good. A 2014

A TARP Worldwide study published in Customer Experience 3.0 further noted that bad customer service increases price sensitivity, and makes even a slight undercutting from a competitor seem more attractive. Basically, customers are prepared to pay a little more to get away from bad experiences. Thus, the impact downtime has can affect customer counts, total revenue realized, and total profitability.

One thing is clear: downtime is too costly to have any more of it than absolutely necessary. From the loss of current customers to the loss of potential customers and the accompanying revenue loss that goes with lost customers, downtime might cost a lot more than most would expect.

MHO Networks has released a Downtime Calculator that will help provide valuable insight into just how much downtime can actually cost. If you don't like the look of that number, then talk to MHO Networks about how to prevent downtime.