Is RF Exposure a Concern in Point-to-Point Microwave?

Over the years, microwave technology has received some negative assumptions and still does to this day. One of these assumptions claimed that exposure to microwave frequencies cause some health concerns, such as cancer. And for some organizations and decision makers, that may be a significant deterrent from utilizing an alternative technology for their network.

Before getting into the health aspect, one should understand there are the two types of radiofrequency (RF) exposures. The first type of exposure is through natural resources and the other is man-made. 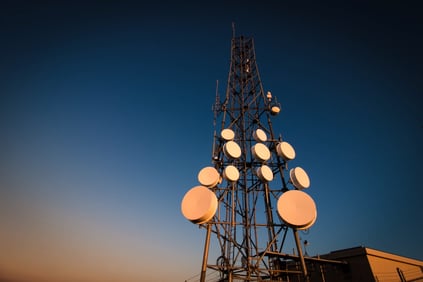 Scientists have studied the hypothesis to see if RF exposure causes cancer through two types of studies: lab studies exposing RF exposure onto lab rats and studies within people, there have been limited/conflicting studies to conclude that there is a correlation, according to the American Cancer Society. What makes these studies inconclusive are due to circumstances of how long the object is exposed to RF, as well as the technologies to cause such effects.

Applying this directly to Point-to-Point Microwave, the Federal Communications Commission states that the RF exposure through these types antennas are perfectly safe considering that they run at a very low power level, using a few watts or even less. The FCC also takes into consideration that an individual being significantly exposed to RF would be very unlikely because they would need to be standing directly in front of the antenna for a considerable amount of time; which would be difficult as they are located in secluded locations away from the public.